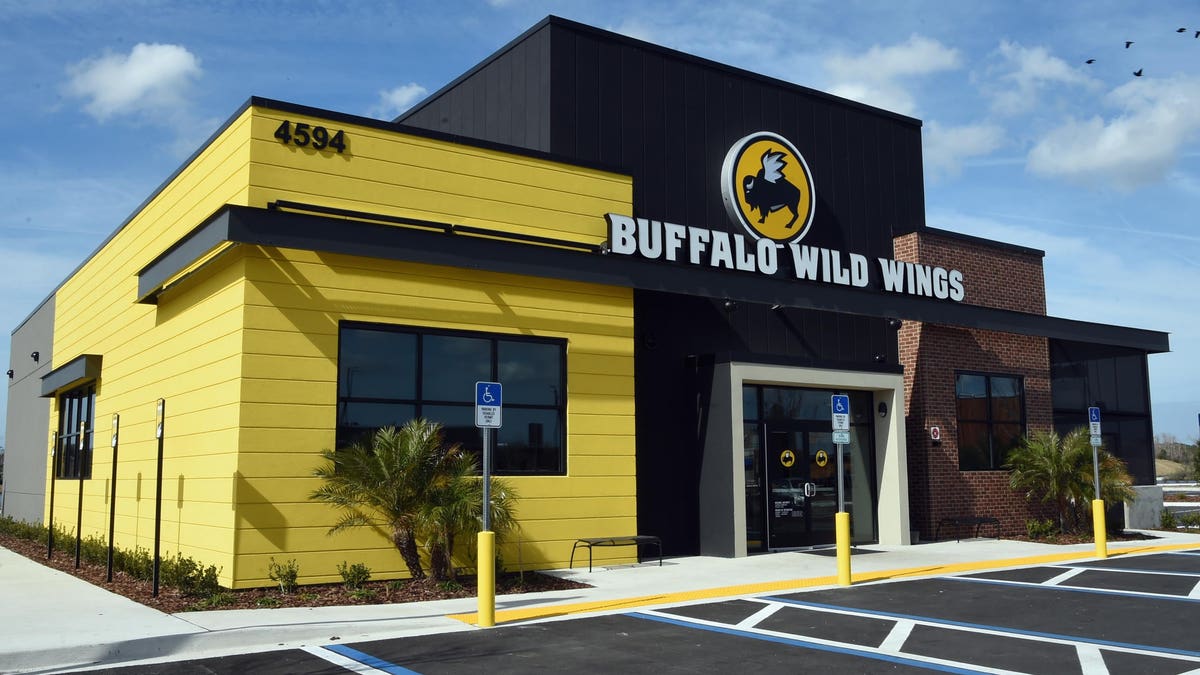 Perhaps it was only a matter of time. Buffalo Trace and Buffalo Wild Wings? The crossover appeal was ultimately too tempting to resist. So for the first time ever, the coveted Kentucky straight bourbon is partnering with the country’s largest sports bar brand. The result? A special 8-year-old American whiskey available exclusively at the spicy chicken wing chain—specifically, its locations in Florida, Georgia, Colorado, Nevada and California.

As bourbon enthusiasts are well aware, the Buffalo Trace Distillery in Frankfort, Kentucky, is home to such coveted brands as Pappy Van Winkle, WL Weller, Blanton’s, and many more. The oldest continuously operated distillery in the US, it’s also registered as a National Historic Landmark. In 2018, the facility filled its 7 millionth barrel since Prohibition.

Despite the cultish mania surrounding some of the distillery’s highly-allocated output, their eponymous brand remains a steady workhorse—one that you can still reliably procure for under $30. And for the better part of a decade, master distiller Harlen Wheatley has been administering its Single Barrel Select program. In this process, rather than the standard offering—a consistent batching of many different casks—participating bars, restaurants and retailers have an opportunity to work with Wheatley to choose something more tailored to their exact specifications. Variations from the norm are a feature, not a flaw.

For the folks at Buffalo Wild Wings, Wheatley made the selection himself. He opted for cooperage that exerted richer and smokier flavors, with a sense for how these notes might complement spicy chicken wings and barbecue sauce. In the video below, he explains more of the methodology.

Heavy on the caramel and black cherry notes, the single barrel also exudes more oakiness on the nose than its standard counterpart. But the real joy in the customized variant comes across in its deep, dark fruit finish. There is a richness here that you just don’t find in the regular bottling. It comes at the cost of some barrel spice, and hardened bourbon enthusiasts might take exception at a drink that can be labeled as ‘smooth’.

Remember though that given its placement at an eminently popular sports bar, this is a whiskey that must walk a fine line—appealing to aficionados and first-timers, alike. Wheatley has done an admirable job arriving at that balance. Hardly a surprise, considering the list of accolades his liquids have accumulated during his 25-year tenure at the distillery.

Those that keep stock of such information might also appreciate that this particular offering proudly owns an age statement of eight years. The standard Buffalo Trace is rumored to contain a range of liquids between 8-10 years, but it’s never been officially disclosed.

The one-time offering is only available at participating Buffalo Wild Wings until the bottles run out. Prices will vary by location, and some will let you take it to-go, where state laws allow. It now becomes yet another one of the many things you have to look forward to when you can safely dine in restaurants and bars again.

The best ski hotels and chalets in Alpe d’Huez, from all inclusive to luxury apartments
The list of countries where travelers can go live and work remotely is growing
Congressional report faults Boeing, FAA for 737 Max failures, just as regulators close in on recertification
The best restaurants in Puglia, from the romantic to the rustic
Pandemic pushes travel ecosystem to change course as consumer preferences pivot to home