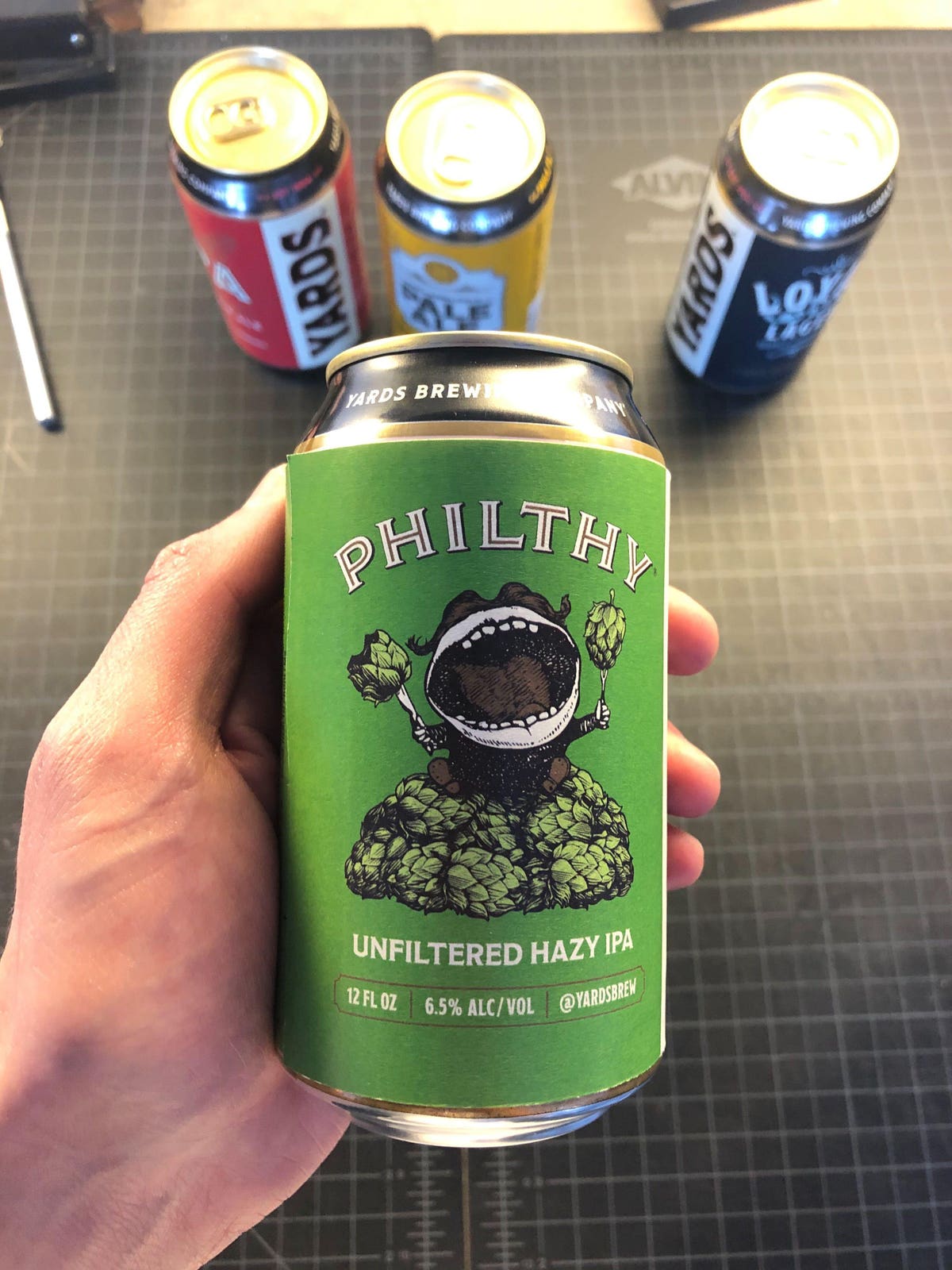 To successfully launch a new IPA anytime in the crowded craft beer market is challenging, but launching during a pandemic required quick pivoting and a touch of craziness.

That’s exactly what the Brownstein Group did when the Yards Brewing Company decided to move forward with their launch of Philthy, an unfiltered, hazy IPA.

“They wanted this beer to become a staple in their brand portfolio, and they wanted to make their presence known right out of the gate,” says Adrian Castillo, creative director of the Brownstein Group.

The Brownstein Group helped the Philadelphia-based craft brewery decide on the name for their unfiltered, hazy IPA, and they also created a funny mascot named Phil, a big-mouthed fantasy character that designer Matt Rondos developed after being inspired by a 19th century book of Swiss nursery rhymes. “He is this mouth, cratered with teeth and no eyes, two inches tall, and he was hysterical…and I said ‘This is the filthiest guy I’ve seen,” says Castillo.

The design team colored him a vibrant hue of green and placed him on a pile of hops. “We were doing all of this design in January and February, preparing for the launch, and right as we were beginning the packaging, bottling and canning, the onset of the pandemic was happening,” Castillo says.

So, instead of a traditional launch with tastings and promotions at restaurants, bars and events, the team had to come up with a new plan. “People are not going to be drinking in bars or drinking in stadiums,” Castillo says. “So we pushed it predominantly toward digital and social.”

To make Philthy come alive, they teased out a series of short videos in which Phil started invading the labels of other beers in the Yards lineup. Poor Richard’s spruce ale, which is based on Benjamin Franklin’s original recipe, featured the founding father with his kite. “We panned over from Benjamin Franklin and Philthy, the little monster, was flying on the kite,” Castillo says. “On the Brawler, Phil replaced one of the boxer’s faces on the label.”

Brownstein issued several of these shorts without any explanation for what or who the green monster was. “We wanted to get the market buzzing,” says Marc Brownstein, founder and CEO of the Brownstein Group. “You have to make your brand stand out when everyone’s competing for a smaller pie.”

Philthy launched on April 3, and the brewery revealed who and what Phil represented. Sales after the launch exceeded expectations, and since the hazy IPA’s been out in the market, the brewery’s seen a significant uptick in user-generated content that’s been focused solely on Philthy.

“People are creating posts saying things like ‘It’s going to be a philthy kind of day,’” Castillo says. “They’re making it their own.”

“Some brands are doing the nice, Mr. Rogers type of measures,” Brownstein says. “The Yards are going to continue to take more risks. They’re swinging for the fences. And so far, the early results are very encouraging.”

The best boutique hotels in Devon for a staycation with style
Hotel Hit Squad: After four failed attempts to get there, Chewton Glen – and its sparkling new spa – were worth the wait
Are Boxed Cocktails The Latest Drinks Trend?
When movies need an alien planet, they shoot here
Amazing Ways To Travel Healthy And Safe