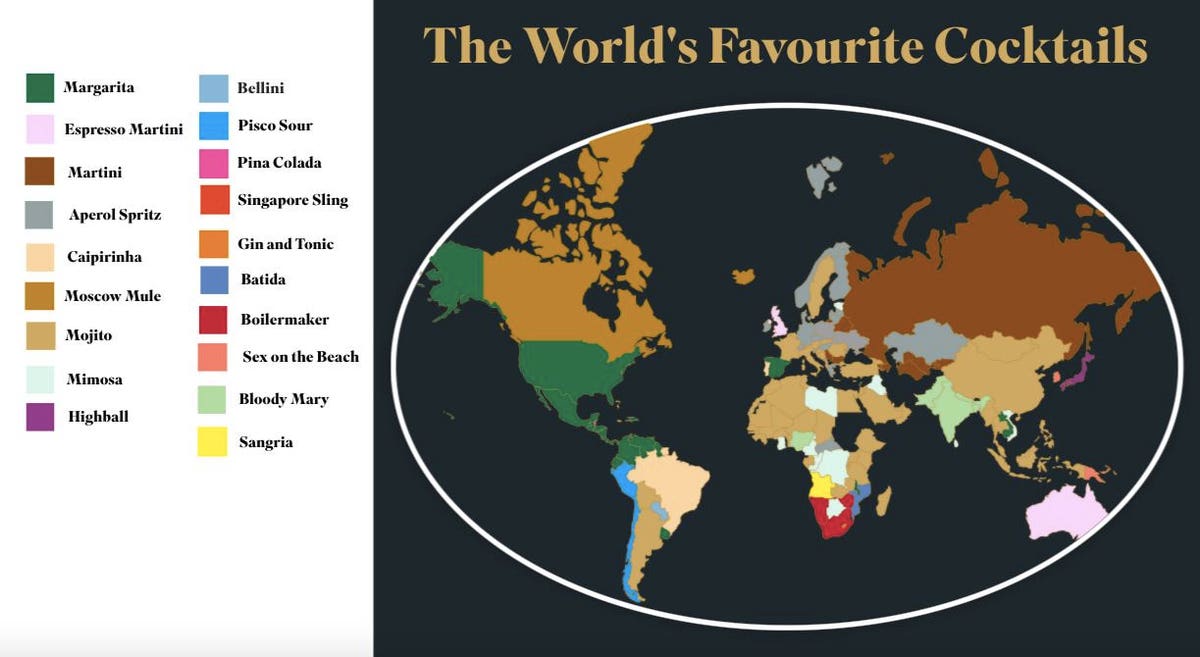 A new study, just released by Scenic Cruises & Tours, analyzed Google search data, country by country, to determine which cocktail recipes people were searching for the most around the world. The mojito came out on top, as it was the most searched cocktail in 60 different countries, including: China, France and Jamaica.

According to Scenic Cruises & Tours, online searches for cocktail recipes increased a whopping 640 percent since March, as the COVID-19 pandemic spread and stay-at-home and quarantine orders were instituted.

“Whether you travel to France, Italy, Japan or Austria, you’ll discover that cocktail preferences differ from country to country, with some classic blends beloved in some places and unheard of elsewhere,” says Sarah Lancashire, brand manager at Scenic Cruises & Tours.

Worldwide, the mimosa comes in fourth, as it’s the favorite in 10 countries, while the cocktail in fifth place is the martini, which is the favorite of nine countries.

Canada loves the Moscow mule, but Russia actually prefers the martini. The United Kingdom and Australia love espresso martinis while South Korea and Vanuatu prefer Sex on the Beach, and Japan is the only country in the world that ranks the highball as its cocktail of choice.  Singapore, not surprisingly, prefers the Singapore sling.

“This is what makes sampling cocktails on your travels such a wonderful way to get a taste for local flavors and traditions,” says Lancashire.

The top ten cocktails within the United States are, after the margarita: the Moscow mule, the old fashioned, the mimosa, the mojito, the bloody Mary, the mai tai, the negroni, the pina colada, and the tequila sunrise.

To look up a country and its favorite cocktail, go here.